Home > Analysis > When will India see a Landmark Ruling on Abortion?

When will India see a Landmark Ruling on Abortion?

Is the Indian Supreme Court likely to deliver a landmark verdict on abortion?

Stunning audiences across the globe, a leaked opinion written by Justice Samuel Alito of the United States’ Supreme Court revealed the conservative majority’s intention to overrule Roe v Wade (1973)—the Court’s landmark abortion rights decision. In Roe v Wade, the Court held that a pregnant woman had the right to an abortion without excessive government restrictions, and that this right was inherent in the right to privacy. If Roe is overturned, 23 American states will enact near-certain abortion bans, hindering the ability of millions of women to access reproductive healthcare services.

India has not had a ‘Roe moment’—no case at the Indian SC has left as indelible an impact on Indian abortion jurisprudence as Roe has in the US. However, the absence of a landmark constitutional case on abortion does not mean that Indian courts do not engage with the abortion question. Over the years, Indian women seeking abortions beyond the limits laid down by the law have increasingly turned to courts, most notably to the High Courts and the Supreme Court, requesting permission for terminating unwanted pregnancies.

This is because prior to the 2021 Amendment to the Medical Termination of Pregnancy Act, 1971 (MTP Act), abortions could be performed within 20 weeks of pregnancy if continuing the pregnancy would lead to a grave injury to the mother’s physical or mental health. However, this limit did not hold good when there was a danger to the pregnant woman’s life—it was subsequently increased to 24 weeks by the 2021 Amendment.

Women seeking to terminate pregnancies beyond the stated limit turned to the courts for exemptions—even though the MTP Act does not provide for judicial authorisation for abortions. However, some High Courts have indicated that unless there is an immediate risk to the life of the pregnant woman, abortions beyond the stated limit must be performed only with the Court’s permission. ‘Medical Boards’ consisting of experts such as gynaecologists, radiologists, and psychiatrists advise the Court in these cases.

The lack of constitutional probing surrounding the right to abortion extends to the SC as well.  The case that comes closest to recognising an Indian woman’s qualified right to reproductive choice is Suchita Srivastava v Chandigarh Administration, 2009, which recognised the right of an intellectually disabled woman to continue her pregnancy. In Suchita Srivastava, the Supreme Court situated the woman’s right to make reproductive choices within the right to personal liberty under Article 21 of the Constitution of India, 1950.

In the past, the Supreme Court has mostly granted permission to undergo abortions to minors, women carrying fetuses with substantial abnormalities, and to victims of sexual assault. In doing so, it does not typically engage with constitutional questions. Instead, it recognises exceptional and emergent situations where breaching the limits set by the MTP Act is necessary to secure the welfare of the woman.

Given that most abortion litigation at the Supreme Court consists of individual women seeking relief in exceptional circumstances, it appears unlikely that India will soon see a landmark ruling cementing the right to abortion. India’s failure to recognise abortion as a ‘right’ could have glaring implications for the lakhs of women who face legal, physical and social barriers affecting their access to reproductive healthcare services. 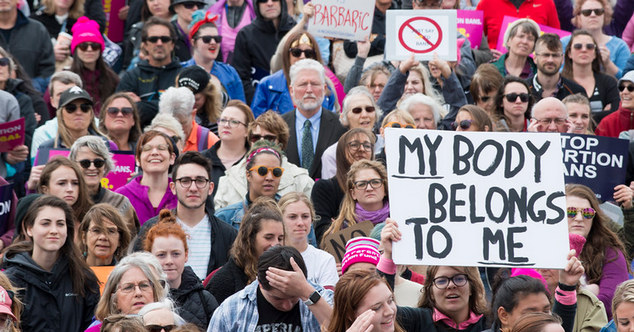 Constitutionality of Abortion Laws: 3 Must Reads

Three articles which delve into the legal status of personhood, state attitude towards abortion access and the right to sexual autonomy.