Home > Analysis > Why Did Parliament Have to Pass the 105th Constitutional Amendment?

Why Did Parliament Have to Pass the 105th Constitutional Amendment?

In overturning the Maharashtra Reservation judgment, the Supreme Court paved the way for a State List on SEBCs.

The Constitution allows for special provisions such as reservation for SEBCs in higher education and public employment. The Constitution gave both the Union and the States the power to recognise who these SEBCs (commonly referred to as OBCs) are. Historically, the States have taken the lead in recognising SEBCs. It was only in 1992 that the Union recognised any OBCs. In total, the States recognise 671 more communities as SEBCs than the Union.

When Parliament passed the 102nd Amendment, as Sushil Kumar Modi argued, its main aim was to expand the powers of the National Commission for Backward Classes (NCBC). It also laid down the procedure by which the Union could recognise SEBCs.

A month later, the Maharashtra legislature passed a law to recognise the Marathas as an SEBC and provide them with reservations. It was when this was challenged in the Supreme Court that a majority of three out of five judges held that the 102nd Amendment had taken away States’ powers to recognise SEBCs.

All political parties were surprised: the intent of the 102nd Amendment was not to take away the power of States to recognise SEBCs. There was unanimous demand for overturning the Supreme Court’s verdict. Soon, a Bill was tabled in Parliament that clarified that States have the power to identify SEBCs. Within two days, it was passed with universal approval in both houses and came into force on August 19th as the 105th Constitution (Amendment) Act, 2021 (‘105th Amendment’). When the politicians in Parliament did not want to take away States’ powers, why did the Supreme Court say the Amendment did take them away? 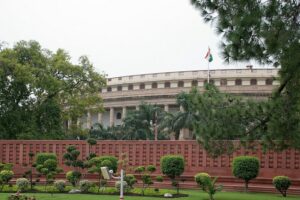 The Supreme Court’s decision turned on the question of how law should be interpreted. The 102nd Amendment only made reference to a ‘Central List’ for SEBCs. It was silent on State Lists for SEBCs. Justice Ravindra Bhat, writing the majority judgment, preferred ‘literal interpretation’. He believed that the Court cannot override the actual text of the 102nd Amendment.

In a statement, the Minister of Social Justice and Empowerment, had clarified that the 102nd Amendment ‘does not interfere with the powers of the State Governments’. However, regardless of what the Minister believed, only the text of the Amendment carried the support of the majority expressed through a vote. So, because the text suggested that there was only a Union power to identify SEBCs, Bhat J said that the Court cannot read in States’ powers. If Parliament truly wanted to retain States’ powers, then it must say so through legislation.

This was surprising since the Court has recently preferred ‘purposive interpretation’. This was the minority’s approach in the case. This meant that the Court could interpret the 102nd Amendment based on the purpose with which it was enacted. In light of statements about the purpose of the 102nd Amendment, Justice Ashok Bhushan thought that it did not affect States’ powers.