Much-awaited hearings will unravel the Court’s stance on implementing its rulings on police reforms in India.

March 24th marked what has now become a routine delay in the hearings in the challenge to IPS officer Rakesh Asthana’s appointment as Commissioner of Police, Delhi. The case has been pending at the SC before Justices D.Y. Chandrachud and A.S. Bopanna since August 2021.

The Centre for Public Interest Litigation’s (CPIL) petition argues that Mr. Asthana’s appointment as Commissioner on July 27th 2022, only four days before he was due to retire, is unconstitutional and arbitrary. CPIL further argues that Delhi’s Police Commissioner must belong to the AGMUT (Arunachal Pradesh-Goa-Manipur and Union Territories) cadre of the police service. Mr. Asthana is  from the Gujarat cadre.

Before assuming the highest rank in Delhi’s police force, Mr. Asthana held various important posts in Gujarat, including Commissioner of Police, Vadodara, under then Gujarat Chief Minister Narendra Modi. As Special Director of the Central Bureau of Investigation, he also led high-profile cases like the Fodder Scam and Vijay Mallya’s fraud and money laundering charges.

While debates abound on CPIL’s agenda in this case, at the crux of Asthana’s controversial tenure lies an irrefutable pattern. Key SC Judgments on police reform and independence are routinely bypassed In India—giving birth to political interference in law and order across States.

Why is CPIL Challenging Asthana’s Appointment?

The Supreme Court delivered landmark Judgments in 2006 and 2019 mandating police reforms. Based on a PIL filed by former Director General of Police (Uttar Pradesh) Prakash Singh, the crux of these rulings is ensuring the independence of the police force from political actors. Soon after Mr. Asthana’s appointment in July 2019, Mr. Singh commented that he hoped AGMUT cadre officers who had lost the chance for promotion would ‘have the courage’ to approach the Courts to challenge the Union’s decision.

Mr. Singh’s comments come off the back of inconsistent appointments witnessed in the police forces. Before the Judgment, Police Commissioners were left at the ‘mercy of local political leaders for postings, transfers and continuation’. ‘Giving extension [to officers] beyond the age limit makes them pliable to politicians who then exploit them for their personal and party gains,’ says Dr. Meeran Chadha Borwankar, Former Pune Commissioner of Police, in conversation with SCO.

Inter-cadre deputation is CPIL’s second reason for challenging Mr. Asthana’s appointment. Convention and internal service rules dictate that the police Chief of a State must normally be an officer from the State’s cadre. This norm should be broken only when an officer from outside the State cadre may bring expertise in handling the specific emergency confronting the State. ‘If officers  from outside the cadre are brought without any extreme contingency, the police as well as citizens suffer,’ argues Dr. Borwankar. ‘Neither do they know the officer nor does the officer know them…[familiarity] is a very important ingredient of any top leadership position.’

Arguing against an identical PIL challenging Mr. Asthana’s appointment filed by a different petitioner at the Delhi High Court, Solicitor General Tushar Mehta stated that Mr. Asthana’s appointment was not a public interest matter. To hold weight, the challenge should have been brought by parties directly affected by the appointment—such as AGMUT cadre officers. The Delhi High Court dismissed the petition. In an affidavit filed in the SC on January 3rd 2022, Mr. Asthana further states that CPIL is exacting a personal vendetta against him—a sentiment that shrouds the Centre’s litigation efforts in this case.

In an affidavit filed in January 2022, the Union questioned CPIL’s motives behind filing the PIL challenging Mr. Asthana’s appointment. The affidavit states that CPIL is a ‘busy-body’ in the habit of selectively filing PILs to serve personal and political vendettas. Mr. Asthana’s affidavit references a series of Mr. Bhushan’s tweets criticising Mr. Asthana during his CBI tenure.

Mr. Mehta’s disparaging opinions about CPIL’s litigation habits are shared by some Judges at the Supreme Court. For instance in January 2016, during hearings in the challenge to the 4G spectrum allotment to Reliance, Justices T.S. Thakur, A.K. Sikri, and R. Banumathi questioned Mr. Bhushan on CPIL’s motives. ‘We must have the confidence that when CPIL files a petition, it is not prompted by someone who has a vested interest even though the cause may appear genuine,’ Justice Thakur reportedly said.

In spite of the debate surrounding CPIL, senior police officers like Singh and Borwankar  seem to share the NGO’s concerns surrounding Asthana’s appointment. The litigation efforts point to serious administrative deficiencies in India’s law and order sector—issues that are much larger than the current allegations of settling vendettas.

The Union justified Mr. Asthana’s inter-cadre deputation on the grounds that AGMUT officers lacked the expertise and experience required to manage Delhi’s law and order. Defending Mr. Asthana’s appointment, the Union stated that Prakash Singh applies only to States, not Union Territories (UTs).

However, political interference in appointments to the highest police offices is pervasive in States as well, even after Prakash Singh. In September 2021, the Commonwealth Human Rights Initiative reported that not a single State Government had reformed local police rules to be fully compliant with the SC’s directives. A number of State governments have seen contempt petitions filed against them for violating the Judgment.

For example, in December 2021, Rajvir Pratap Sharma, President of the IPS Officers (Karnataka) Association, wrote to the Karnataka Chief Secretary arguing that tenure of the Bangalore City Police Commissioner was no longer secure. It had changed hands six times in four years.

The problem confronting the SC extends far beyond Mr. Asthana’s appointment. While dealing with a case involving the controversial tenure of Maharashtra Police DG Parambir Singh in March 2021, the SC commented that no State Government is seriously committed to executing the Prakash Singh directives.

The pace of the hearings, which have been adjourned multiple times over the last nine months, bodes ill for a speedy resolution. On some occasions, the Bench was busy with urgent matters such as the NEET PG Reservations case. More often, the Union sought adjournments for a variety of reasons, including the Solicitor General’s preoccupation with the marathon PMLA hearings.

Nevertheless, this case may provide an opportunity for the SC to clarify that its Judgment will extend to UTs as well. Much-awaited hearings will unravel the Court’s stance on implementing its rulings on police reforms in India. 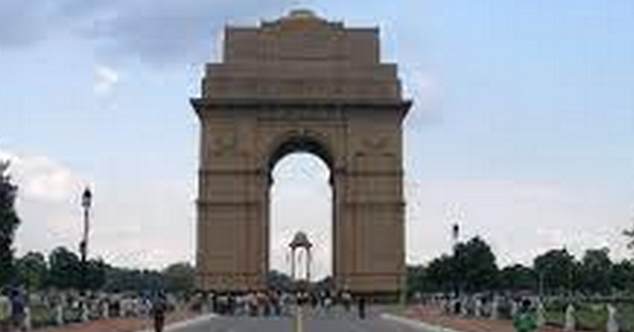 The NCT of Delhi has the features of both a Union Territory and State which has led to a constant struggle for administrative power.