Home > Analysis > What has the SC said about caste and communal appeals in elections?

What has the SC said about caste and communal appeals in elections?

The SC in Abhiram Singh held that appeals cannot be made to the caste and communal identities of voters and candidates in elections.

Exit poll results for Assembly Elections in five poll-bound states are out—the official results are due in the second week of March. The polls predict a spectacular win for the Bharatiya Janata Party (BJP) in Uttar Pradesh and Manipur. In Punjab, the Aam Aadmi Party is expected to sweep the stakes. In Goa and Uttarakhand, the results indicate a tight race to the bottom between the Congress and the BJP.

Regardless of which state elections are being contested in, elections in India are marked by extraordinary polarisation, with caste and communal considerations playing a key role in shaping electoral politics.

The Supreme Court, in addition to deciding cases involving the criminalisation of politics, has deliberated over whether political candidates can make appeals to electors on the grounds of caste, community, and language. How has the Court engaged with the question of communalism in elections—and have these rulings changed the reality of Indian elections on the ground?

Section 123(3) of the Representation of the People Act, 1951 (RP Act) forbids candidates, amidst other political agents, from soliciting votes or asking electors to vote (or not) for any candidate on the grounds of ‘his’ religion, caste, race, community or language. This is known as a ‘corrupt practice’—candidates offending this provision are disqualified from contesting elections and may be subject to criminal sanctions.

Over the years, the Supreme Court has gradually broadened the ambit of Section 123(3) of the RP Act, emphasising the need to preserve a secular ethos in electoral processes.

One of the first cases decided by the Court on the basis of this provision was Jagdev Singh Sidhanti v Pratak Singh Daulta in 1964. Set against the backdrop of the Hindi agitation in Punjab and in what was then known as ‘Hariana’, the issue at stake was whether a candidate could appeal to the electorate on grounds ‘personal to the candidate relating to his language’. The Court held that this was prohibited under the RP Act. However, candidates were allowed to make statements supporting the conservation of a language. The Court thus adopted a narrow interpretation of Section 123(3) of the RP Act.

Decided merely a few months after Jagdev Singh, the Court in Kultar Singh v Mukhtiar Singh, 1965, emphasised that Section 123(3) was meant to preserve the sanctity of the democratic process, broadening the interpretation of this provision.

In 2014, the Court in Narayan Singh v Sunderlal Patwa referred the question of how to interpret Section 123(3) to a seven-Judge Bench for consideration. Narayan Singh was was decided with Abhiram Singh v. CD Coomachen.

In 2017, the Court in Abhiram Singh clarified the scope of Section 123(3). The key question in this case was the interpretation of the word ‘his’ in s 123(3)—did the provision cover the religious, racial, and caste identity of only the candidate, or did it extend to the voter’s identity as well? The Court held that this provision extended to the voter and that Appeals cannot be made on the basis of the identities of either the candidate or the voters.

The Ground Reality of Election Season in India

While Abhiram Singh remains in force, some have argued that the Supreme Court’s rulings on this provision have failed to prevent appeals to caste and community in political campaigns. Others have accepted that communal electioneering may have become an ‘inseparable characteristic’ of Indian politics.

In this context, the non-implementation of the Court’s verdict in Abhiram Singh points to the difficulty of holding political parties accountable, even by the highest judicial institution in the country. 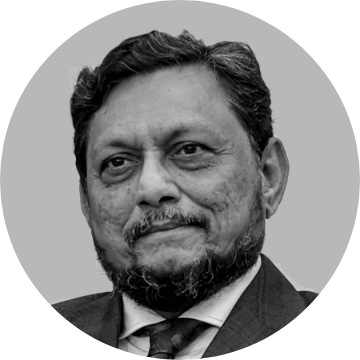 Court holds that a candidate undergoing a criminal trial can still contest in elections.