Which NGOs does the SC's April 2022 FCRA Judgment affect and how?

On April 8th 2022, Justices A.M. Khanwilkar, Dinesh Maheshwari, and C.T. Ravikumar upheld the constitutionality of the Union’s 2020 Amendment to the Foreign Contribution (Regulation) Act, 2010 (FCRA). The Act was introduced to regulate NGOs’ access to foreign donors. While delivering the April 2022 Judgment in Noel Harper v Union of India, the Bench noted that ‘…foreign contribution can have material impact in the matter of socioeconomic structure and polity of the country…the presence/inflow of foreign contribution in the country ought to be at the minimum level, if not completely eschewed. The influence may manifest in different ways, including in destabilising the social order within the country.’

Through successive Amendments to the FCRA, Union governments have increasingly scrutinised NGOs receiving foreign contributions—a grip tightened by the recent 2020 Amendment. First, the Amendment bars recipient NGOs from sub-granting foreign funds to other (often smaller) NGOs, even though the latter may be better connected to the intended beneficiaries of a program. Second, it reduces the amount of foreign donations NGOs may spend on administrative expenses from 50% to 20%. Third, it requires all NGOs to receive foreign funds through an account in the State Bank of India’s headquarters in New Delhi. The 2020 Amendment adds complexity to an already onerous compliance burden that NGOs must fulfill to operate in India.

In 2021, various NGOs challenged these Amendments at both High Courts and the Supreme Court for placing arbitrary and unconstitutional limits on their functioning. Stating that NGOs do not have a fundamental right to receive foreign funds, the Supreme Court found the 2020 Amendment necessary to track the potential misuse of funds to threaten national security.

Whether the 2020 Amendment facilitates these security goals is uncertain. ‘The Amendment makes it impossible to sub-grant [to smaller NGOs] and build consortiums of NGOs, or to collaborate,’ argues Advocate-On-Record Abhishek Jebaraj, a lawyer representing the NGOs who challenged the Amendment at the  High Courts and Supreme Court.

Further, while upholding the Act, the Court encouraged NGOs to rely on domestic donors instead—a defence repeatedly put forth by the Union during the hearings. The Judgment opines that India’s aspirations must be fulfilled ‘by the firm and resolute approach of its own citizens to achieve a goal [of social upliftment] by the sheer dint of their hard work and industry.’

Relying on domestic funding alone, however, may undercut the work of smaller, grassroots organisations—who are already underrepresented within India’s vast, inequitably-funded development sector.

The Fine Print: How the 2020 Amendment Affects Indian NGOs

According to the Centre for Social Impact and Philanthropy’s (CSIP) ‘Estimating Philanthropic Capital in India’ report, foreign donations bring approximately ₹16,000 crore to Indian NGOs every year. However, some organisations will be affected by how the Amendment monitors this funding more than others.

‘It is smaller grassroots organisations that rely on re-granted money. They lack the wherewithal to access international donors directly, ‘ explains Ingrid Srinath, Director of CSIP, speaking to SCO in her personal capacity.

Vimal Thorat, founder of the All India Dalit Mahila Adhikar Manch (AIDMAM), explained to The Economic Times in 2020 that social justice work, crucial for the advancement of minority communities, relies on ground activists. They work as pressure groups to ensure, for instance, that cases are registered in caste crimes. Dr. Kandaswamy Krishnan, associated with the Foundation for Sustainable Development which promotes indigenous peoples’ rights in Tamil Nadu and Karnataka, expanded on this argument in the same report. The NGO’s operations, ranging from basic training for indigenous people in money-counting to rehabilitation after rescuing individuals from bonded labor, ‘requires sustained collaboration with other organisations.’

The Amendment makes this work impossible. Without subgrants, NGOs run by and working for minority communities will have to reduce the strength of their grassroots workers.

Additionally, the Amendments privilege certain kinds of work in the social sector over others. FCRA sets out a wide definition for administrative expenses. This definition includes everything within its ambit—except ‘direct, on-the-field service delivery,’ as Ms. Srinath puts it, referencing work that directly provides material and relief to beneficiaries.

‘You cannot run a field programme without layers of supervision, management, policy design, and strategy—especially if you are a think tank, or a campaigning or advocacy foundation,’ argues Ms. Srinath. ‘Effectively, the Amendments suggest that those organisations [whose work is not direct field work but organising, communicating, and advocating field work] must fund all costs from domestic donors. This makes it near impossible for certain types of work to happen at all.’

The government’s worries that if donations are extended to non-programme costs, they will have no social impact. However,  a study conducted in March 2021 by the Bridgespan Group, an international organisation helping NGOs find funding solutions, found that ‘adequate funding for essential non-programme costs—such as strategy, leadership development, and financial management—actually builds stronger, more resilient organisations with greater capacity to deliver impact to their constituents.’ Bridgespan  provides the example of Quality Education Support Trust (QUEST)—a Maharashtra-based nonprofit focussing on early childhood education—which ‘in 13 years, evolved from a small, grassroots start-up to successful purveyor of educational enrichment experiences for more than 260,000 [sic] underserved children across 24 districts in Maharashtra because it found investors willing to fund its organisational capacity to manage a greatly expanded operation.’

NGOs in India, like the ones mentioned above, clearly often serve the important function of redressing the failures of the developmental State—they extend social services and protection to Indians who are yet to receive them fully. If they supplement the Union’s welfare mechanisms—why tighten the grip over them at all?

Tracing the Money for National Security

During the FCRA hearings at the Supreme Court, the Union stated that with the inflow of foreign donations doubling between 2010 and 2019, the risk of foreign powers interfering in India’s internal policy concerns has increased substantially. Solicitor General Tushar Mehta, representing the Union, referred to confidential information from the Intelligence Bureau—which indicated that foreign donations were being used for ‘Naxalite and other activities’, without elaborating on what these activities were. This threatened ‘national security and integrity’.

The Union further argued that the pre-Amendment FCRA  regulations were insufficient to prevent this misuse and ensure the ‘proper utilisation of foreign funds’. Many NGOs were now merely acting as intermediaries who pass foreign donations forward to smaller organisations—making it difficult to trace the flow of foreign money from the source NGO to beneficiary NGOs.

The Union stated that the problem of misuse was widespread—19,000 NGOs had seen their FCRA licenses cancelled between 2010 and 2019. Commonwealth Human Rights Initiative, Apne Aap Women Worldwide India, Peoples’  Organisation for Empowerment of Tribals and Heavenly Grace Ministeries have lost their FCRA license for alleged misuse. Prominent international NGOs like Oxfam India were refused periodic renewal of their lapsed FCRA licenses as well.

If the system already enabled transparent fund transfers between organisations, asks Aditya Shrivastava, an independent lawyer who represents and advises many NGOs across the country, ‘why were the [FCRA licenses] for the 19,000 organisations cancelled?’

‘The majority of the cancellations [under the highly-complex regime] would have been on mere technicalities, such as failure to file annual returns on deadline.’, says Mr. Srivastava. In one sweep, all of these organisations are now being projected as harmful to the integrity of the nation.

While the Union stated that its past experiences with security threats necessitated the 2020 Amendment, there is no publicly available data to show the purported magnitude of misuse. Whether the strict limitations on NGOs are proportionate to their supposed threat is unclear.

Fundamental rights are not absolute in India—the State is permitted reasonable infringements, provided the infringement is proportionate to the lawful purpose the State seeks to achieve. ‘The Court’s framing of questions related to fundamental rights is dangerously reductive of their true scope and that is troubling’, adds Mr. Jebaraj. The Judgment states that there is no fundamental right to receive foreign donations and that NGOs must strictly adhere to whatever restrictions the government finds necessary. The Court therefore did not engage with the question of whether the increased limitations imposed through the 2020 Amendment were proportionate to the prior misuse.

However, as Ms. Srinath notes, important international organisations, including the United Nations High Commissioner of Human Rights have noted that foreign donations are a crucial part of the Right to Association. In India, this Right is held under Article 19 (1)(c) of the Constitution—it allows people to form associations, unions and co-operative societies. NGOs working on causes that are not popular with domestic donors especially rely on foreign funds—and may be acutely impacted by the Judgment.

Funding the Social Sector on the Domestic Dime

India’s domestic philanthropy, growing by approximately 9% annually, may soon make up for the ₹16,000 crore that foreign contributions bring to NGOs. CSIP’s report shows that in 2018-19, out of ₹ 34,841 crores raised by NGOs through domestic funds, ₹ 18,653 crores (53%) came from companies in pursuance of their Corporate Social Responsibility (CSR).

However, this may pose a problem. ‘CSR law is designed to incentivise short-term, easy to measure service delivery activities—the thrust is on ensuring that you can report on the impact of your grant every 12 months,’ Ms. Srinath explains. ‘[The law] Suggests that your grant is best spent in the sectors where your company operates.’

Domestic philanthropy prioritises certain development sectors. As per the Ministry of Corporate Affairs, health and sanitation (₹6,916.66 crore), education (₹6,463.51 crore), and rural development (₹1,671.45 crore) initiatives received the most CSR funds in FY2020-21. Ms. Srinath says that NGOs working for a range of marginal groups, such as HIV-AIDS patients, unorganised labour, persons with disabilities, and commercial sex workers, are not popular with Indian donors.

Additionally, some types of social work, such as conflict resolution, peace building and movement building, are inherently long-term and harder to measure.

‘How will I report how many conflicts I prevented? Or if I am building feminist movements, how will I measure impact on a 12-month cycle?’ asks Ms. Srinath.  ‘The thrust [of the legal regime] is that everything that compensates for government failure is good work. Anything that asks why the government is failing is bad.’

The future for India’s NGO sector appears bleak. Mr. Shrivastava foresees that with the 2020 Amendment, the FCRA imposes a relatively more ‘complex compliance and regulatory net that will force many NGOs to shut down operations.’

However, Mr. Jebaraj believes that there might still be a chance for the Court to ‘course correct’ in future challenges to other provisions of the FCRA Act. He hopes these challenges will be heard by a 5-Judge bench since they would involve substantial questions of constitutional law. Will future challenges present the Court with another opportunity to recognise a right to receive and utilise foreign funds? 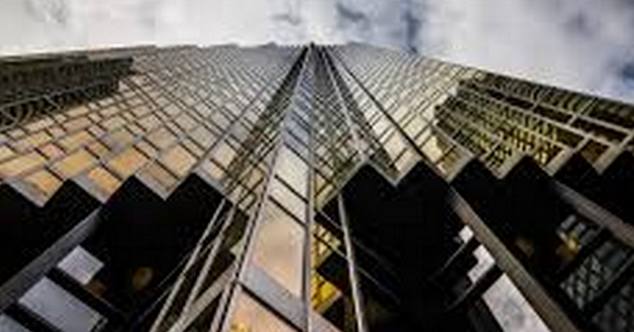 Various provisions of the FCRA Act have been challenged as violative of Article 14, 19 and 21 of the Constitution. 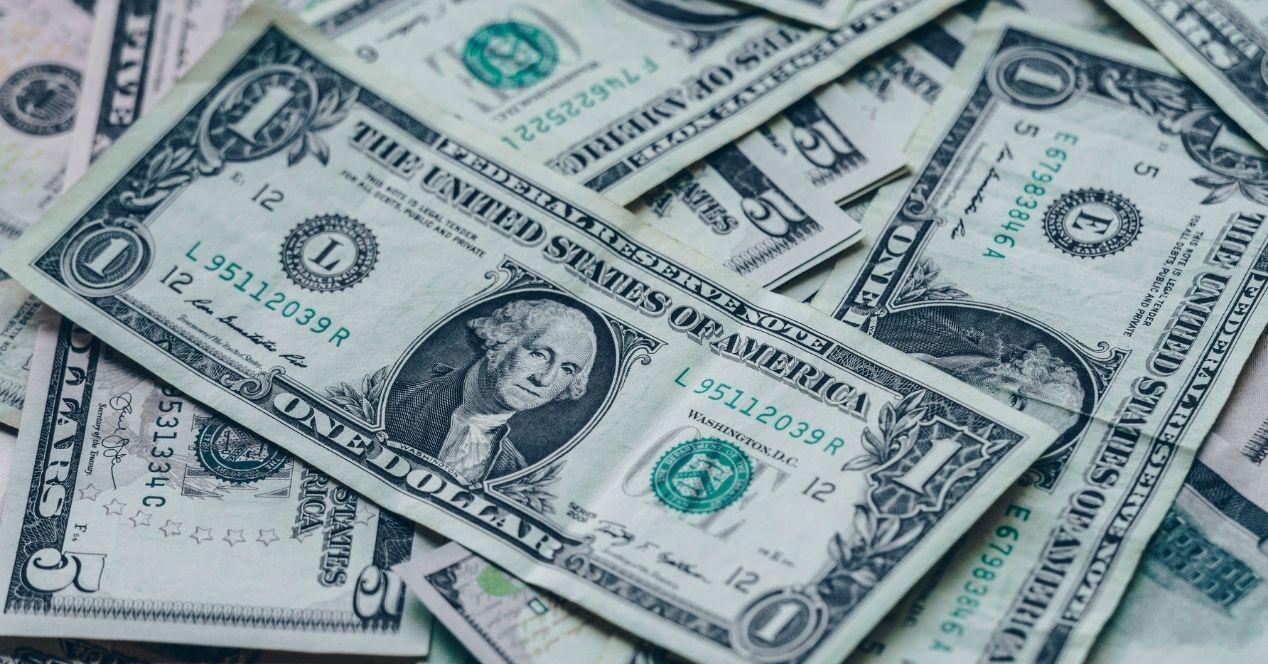 SCO Explains: 2020 Amendments to the FCRA

We break down the 2020 Amendments to the Foreign Contribution (Regulation) Act, and the SC's decision upholding the Amendments. 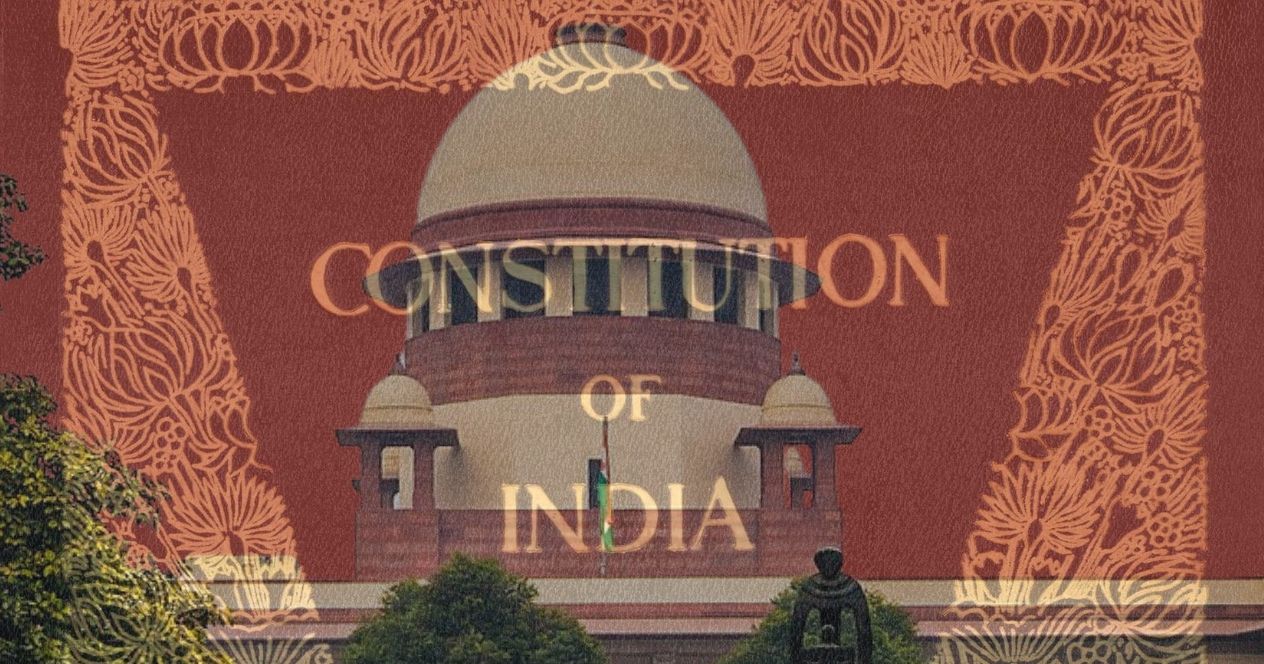