Justice Abdul Nazeer was the third seniormost Judge of the Supreme Court when he retired. SCO assesses the statistics of his tenure.

Justice S. Abdul Nazeer retired on January 4th, 2022, after serving a 6-year tenure at the Supreme Court. Before his elevation as a Supreme Court Judge, Justice Nazeer served as a Judge of the Karnataka High Court for almost 14 years. He is the third Judge to be elevated to the Supreme Court without becoming the Chief Justice of a High Court.

Justice Nazeer’s tenure of six years as a Supreme Court Judge is longer than the average expected tenure of his fellow sitting judges of 5.2 years. The median expected tenure of the currently sitting Judges is 5 years. Justice Nazeer’s above-average tenure provided him with an opportunity few of his fellow Judges have—the ability to be a part of 10 Constitution Bench cases during his career.

Of the 16 Judges considered in this analysis, Justice Nazeer ranks 13th. Notably, the three Judges with lower authorship rates than Justice Nazeer have all served tenures under 3.5 years.

Justice Nazeer’s Judgments range across a variety of subjects. 25 of his Judgments are in criminal law cases—the highest portion of the Judgments he authored. Property matters stand second with 15 Judgments, while his remaining Judgments are divided fairly evenly among a wide plethora of subjects.

On December 12th, 2018, Justice Nazeer was part of a 3-Judge Division Bench in Rajendra Pralhadrao Wasnik v State of Maharashtra which held that even criminals are entitled to a life of dignity. The accused in this case was convicted and sentenced to death for the rape and murder of a 3-year-old girl based on circumstantial evidence. The prosecution did not place DNA evidence before the Trial Court despite having collected it. The decision also ruled that the probability of reformation of criminals must be considered before awarding the death sentence.

Justice Nazeer has been part of key Constitution Bench decisions such as the Ayodhya Title Dispute and the Triple Talaq Challenges. He has also led Constitution Benches in the Demonetisation Challenges and Restrictions to Public Officials’ Freedom of Speech. Notably, Justice Nazeer has not authored an opinion in any of these cases, including his dissent in the Triple Talaq challenges.

*Manupatra provides differing numbers for the total number of Judgments authored by Justice Nazeer (93 and 110). For the purposes of our analysis, the more consistently appearing number has been adopted. 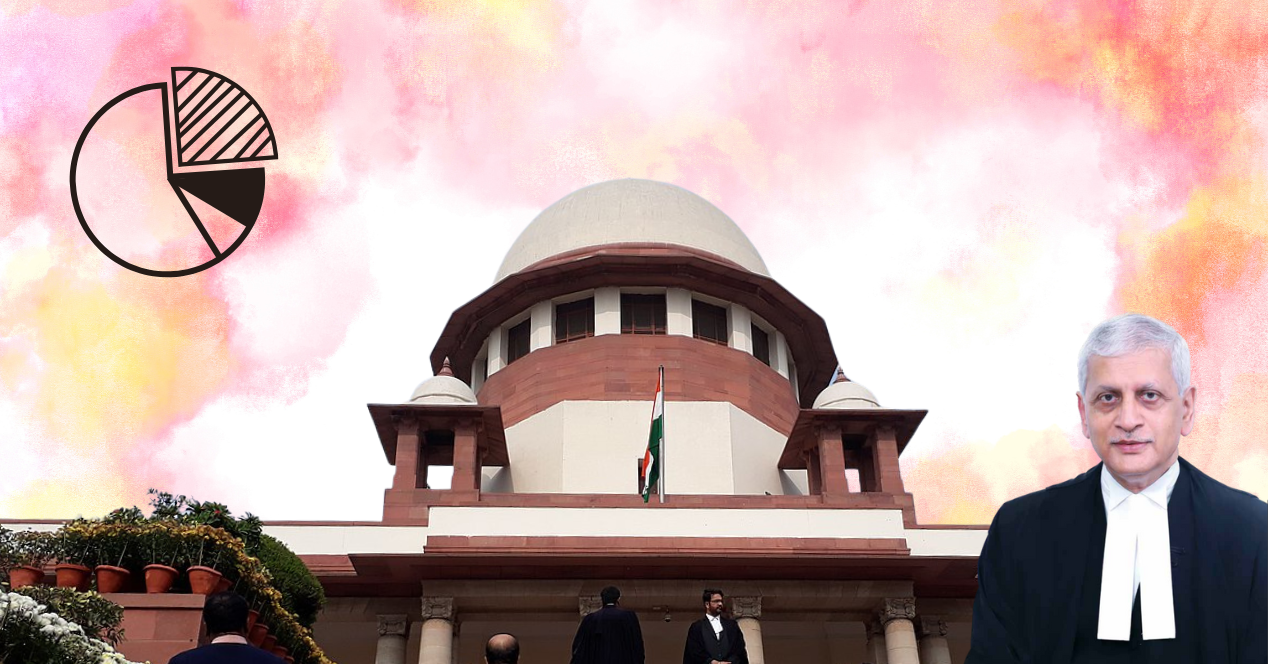 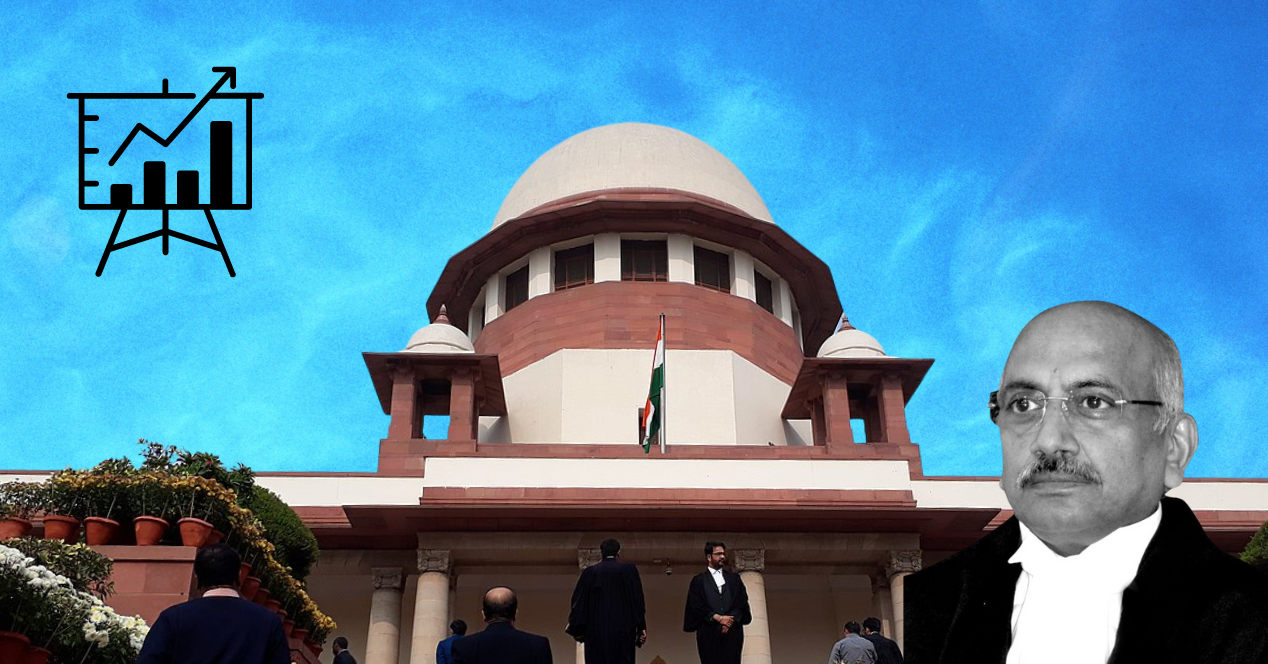 On the occasion of Justice Gupta’s last working day at the Supreme Court, SCO examines his tenure in numbers. 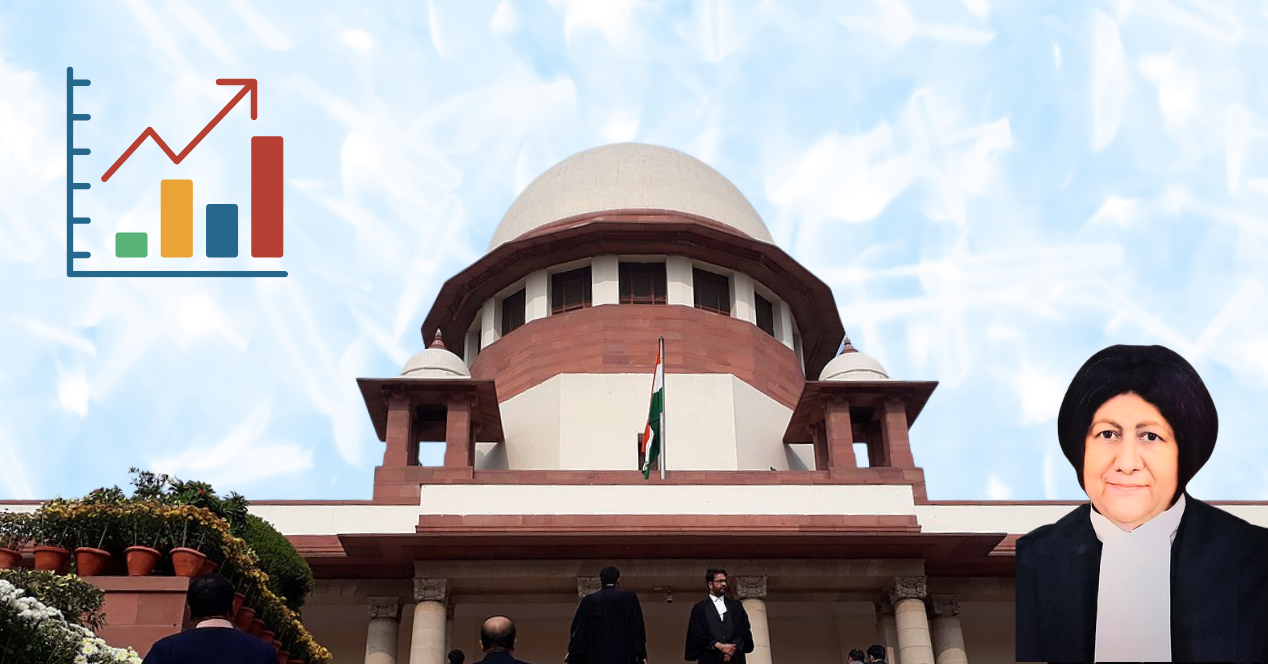 On the occasion of Justice Indira Banerjee’s retirement, SCO reports on the numerical highlights of her tenure.