Special Status of Delhi: A Timeline

SCO traces the key developments in laws on the special status of Delhi.

Delhi Made the Capital of India

In 1911, Delhi was made the capital of India by the colonial British government. Delhi Tehsil and Mehrauli Thana were separated from Punjab and annexed to the city. Delhi was then known as the ‘Chief Commissioner’s Province’. The following year, the Delhi Laws Act was passed, which made specific laws in Punjab applicable to Delhi. The 1915 Amendment to the Delhi Laws Act allowed the Chief Commissioner of Delhi to determine the laws that would be applied to Delhi—announced through notifications issued in the Gazette of India. 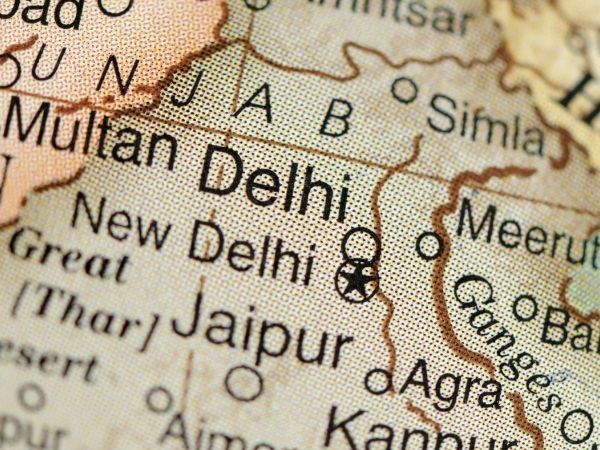 In 1951, the Government of Part C States Act was passed. This law established a Legislative Assembly in Delhi. The Act also empowered the Legislative Assembly to make laws on those matters detailed in List II (the State List) of the Seventh Schedule of the Constitution of India, 1950. However, the Delhi Legislative Assembly was barred from legislating on matters relating to public order, police (including railway police), the constitution of and powers of municipal corporations and local authorities, and lands and buildings belonging to the Union situated in Delhi. Further, it could not legislate on offences violating laws pertaining to other subjects in List II, or the jurisdiction of courts on matters in List II. 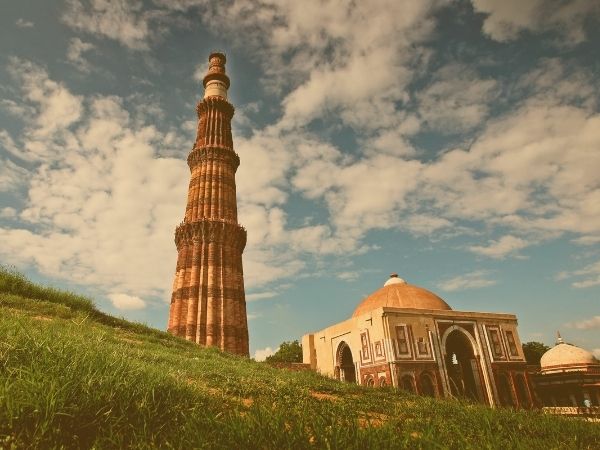 In 1956, Parliament passed the Constitution of India (Seventh Amendment) Act, which subsequently implemented the States Re-Organization Act, 1956. Regions in India were divided into States and Union Territories. Delhi was made a Union Territory and was to be governed by an administrator. This administrator was to be appointed by the President. The Legislative Assembly and Legislative Council of Delhi were abolished. 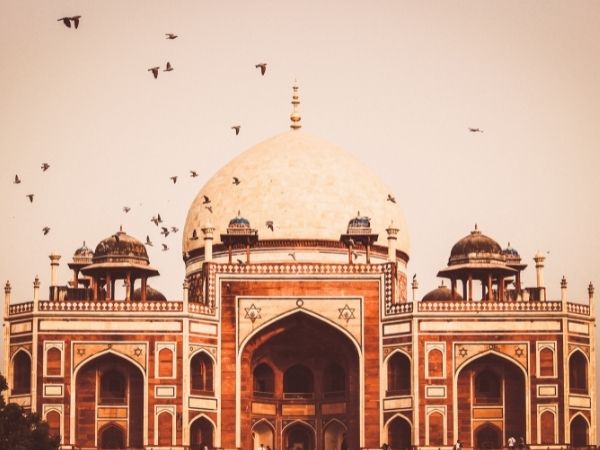 The Delhi Administration Act, 1966, provided for representative government in Delhi by setting up a Metropolitan Council. The Council consisted of 56 elected members and five nominated members. The Ministry of Home Affairs issued an Order stating that the Lieutenant Government, Administrator or Chief Commissioner shall all be subject to the President’s control. 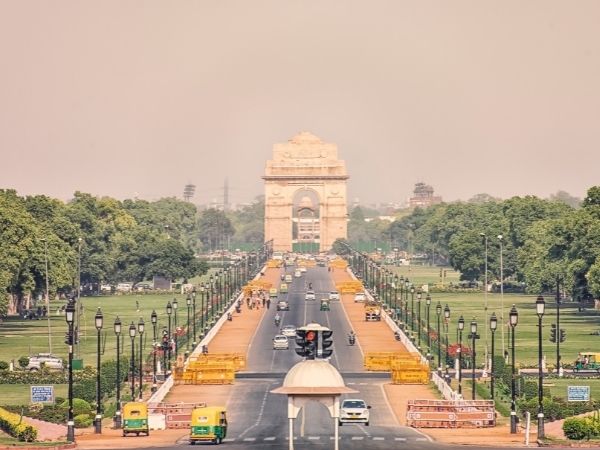 In 1989, the Balakrishnan Committee, set up by the Union Government in 1987, submitted its recommendations on the administrative status to be conferred on Delhi. The Report, headed by civil servant S. Balakrishnan, recommended that Delhi should continue to remain a Union Territory. However, alongside this, a Legislative Assembly and Council of Ministers must be instituted. Further, a special status must be conferred on Delhi through an Amendment to the Constitution. This would preserve the territory’s stability. In its reasoning, the Report referred to the federal division of powers between the Union and the States. If Delhi were made a State, Parliament would have no power to legislate on subjects in the State List pertaining to the national capital, save in exceptional circumstances. Due to this, the Union would be unable to discharge its special responsibilities in the national capital and, consequently, in the nation itself. Further, the Report reasoned that as the national capital, Delhi belonged to the nation as a whole. 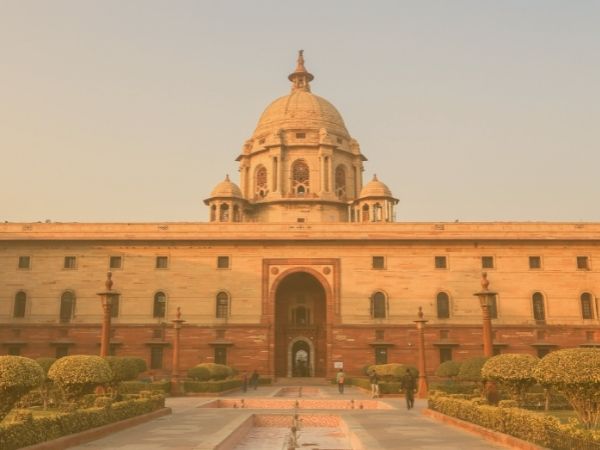 Through the Constitution (Sixty-Ninth Amendment) Act, 1991, Parliament inserted Articles 239AA and 239AB. Article 239AA of the Constitution created special provisions for Delhi. First, it provided that the ‘Union Territory of Delhi’ would henceforth be known as the ‘National Capital Territory of Delhi’ (NCT). The administrator of the NCT would be the ‘Lieutenant Governor’ (LG). Article 239AA set up a Legislative Assembly which would have the power to make laws for the NCT with respect to the matters in the State List and Concurrent List of the Constitution—so far as these matters apply to Union Territories. However, the Legislative Assembly was not empowered to make laws on public order, the police, and land. Article 239AA did not deprive Parliament from making laws with respect to Union Territories, Delhi included. The provision set up a Council of Ministers, and a Chief Minister for Delhi, who would ‘aid and advise’ the LG on those matters that the Legislative Assembly was empowered to make laws on. In case of a disagreement between the LG and the Legislative Assembly, the President shall decide the dispute. 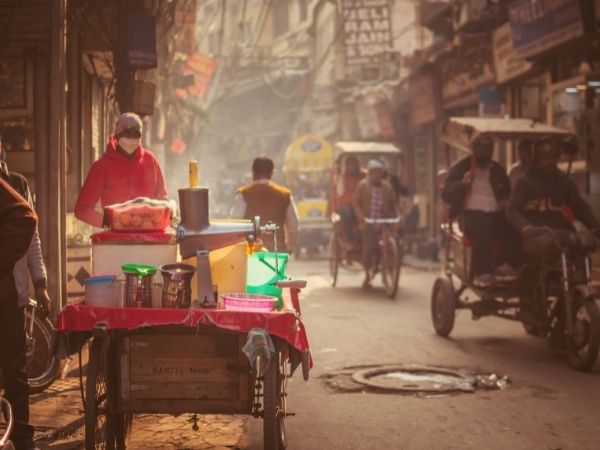 Provision in Case of ‘Failure of Constitutional Machinery’

Article 239AB laid out provisions that would come into force in case of the failure of constitutional machinery. If on receiving a report from the LG the President finds that the administration of the NCT cannot be carried out according to the provisions of Article 239AA, they may pass an order suspending the operation of any part of Article 239AA or laws passed under it. 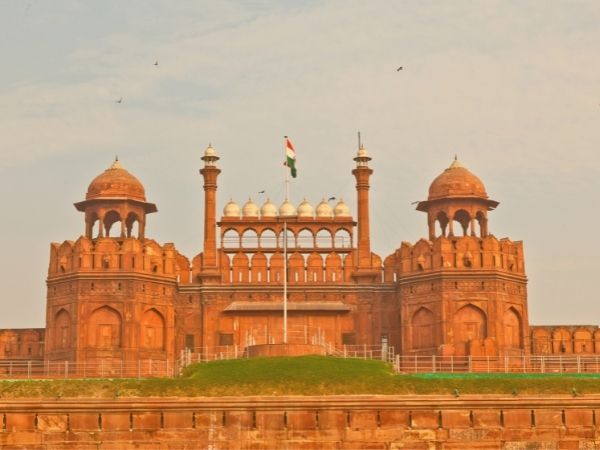 Parliament enacted the Government of National Capital Territory of Delhi Act, 1991,  to give effect to the provisions of Article 239AA. As per the Act, the LG is to act only with respect to those matters that are outside the legislative competence of the Legislative Assembly of the NCT or to those matters that are delegated to the President. Additionally, the LG may exercise their discretion when they are required to do so by any law or to exercise judicial or quasi-judicial functions. The LG cannot exercise their discretion in all matters. 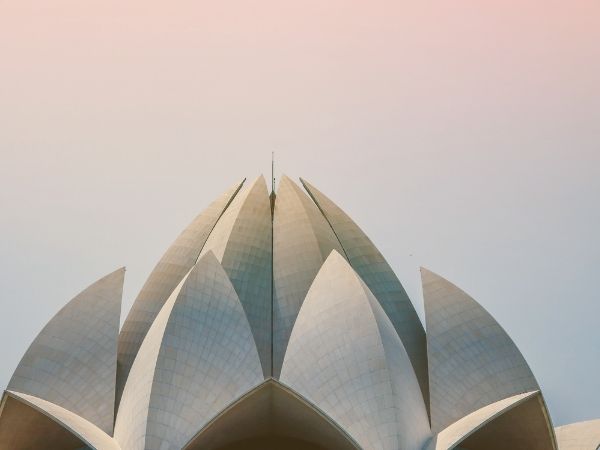 A nine-Judge Bench of the Supreme Court in New Delhi Municipal Corporation v State of Punjab stated that the Union Territory of Delhi constitutes an administrative class by itself and is therefore distinct from other Union Territories. Delhi has a unique constitutional status—Delhi’s Legislative Assembly, Council of Ministers, and cabinet system of government were brought into effect by a Constitutional Amendment. Justice Jeevan Reddy, writing for the majority, cautioned that the legislature created under Article 239AA was not a full-fledged legislature, and that not all Union Territories could be placed on the same pedestal. However, the Bench emphasised that Delhi remains a Union Territory, designated as the ‘National Capital Territory’ by Parliament through its constituent power. 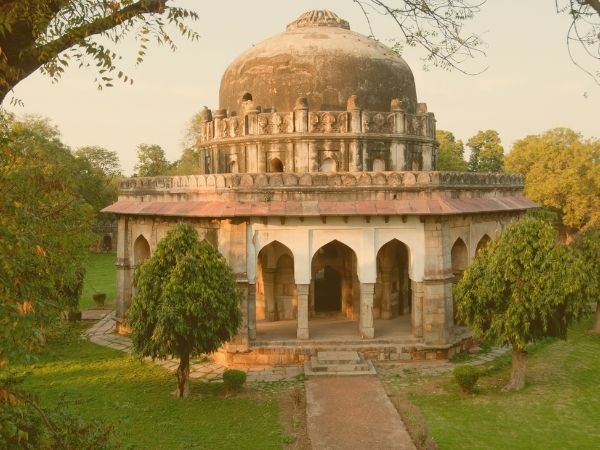 In 2016, the Delhi High Court in Rajender Prashad v Government of NCT of Delhi held that Delhi continues to remain a Union Territory despite the existence of Article 239AA—it is the LG, and not the Chief Minister, who is the executive head of the NCT. Article 239 empowers the Lieutenant Government to act independently of the Council of Ministers. The commissions for enquiry set up by the Delhi Government probing the 2002 CNG Fitness scam and the illegalities committed by the Delhi and District Cricket Associations were declared illegal as they were set up without the concurrence of the LG. The Judgment made it mandatory for the Council of Ministers to obtain the concurrence of the LG for all administrative decisions. The Delhi Government challenged this decision at the Supreme Court in 2016. 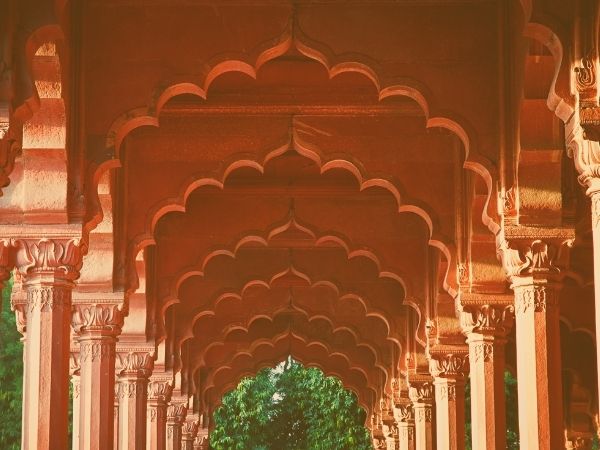 SC Holds that the Chief Minister, and not the LG, is the Executive Head of NCT

A five-Judge Bench of the SC, in Government of NCT of Delhi v Union of India, 2018, unanimously held that it is the Chief Minister who is the executive head of the NCT. The LG is bound by the ‘aid and advise’ of the Council of Ministers on all matters where the Delhi Assembly has the power to make laws. The LG must only be consulted on all matters where the Legislative Assembly has the power to make laws—however, the LG’s concurrence is not required. Further, the LG cannot refer every matter where there is a conflict between the LG and Council of Ministers to the President. A matter must be referred to the President only in exceptional circumstances. 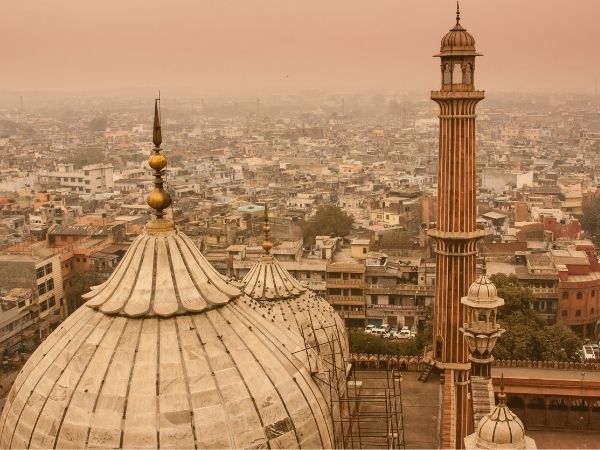 In a split-decision, the SC in Government of NCT of Delhi v Union of India, 2019, deliberated on who has power over ‘services’ in Delhi, or the appointment and transfer of bureaucrats. Justice A.K. Sikri held that the Delhi Government held power over the services, while Justice Bhushan said that it was the Union who exercised these powers. This matter was referred to a three-Judge Bench of the SC in the same year. 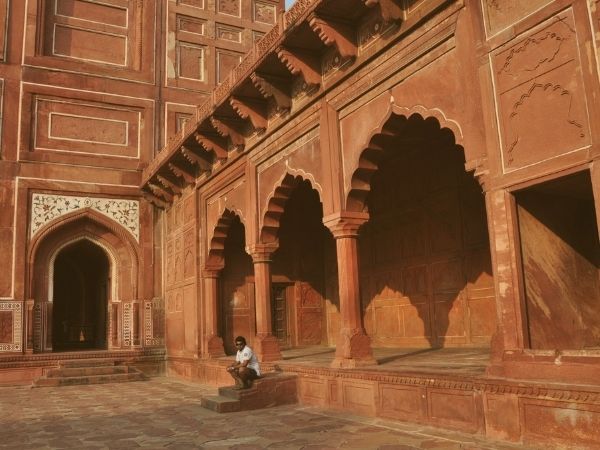 The Government of National Capital Territory (Amendment) Act, 2021, sought to overcome the SC’s 2018 decision. The Act barred the Legislative Assembly from considering matters on the daily administration of NCT. Further, the Assembly was prohibited from conducting inquiries into administrative decisions by the Union. The Act required Bills passed by the Legislative Assembly to be reserved by the LG for the President’s consideration if the Bill ‘incidentally’ covered matters outside the Assembly’s purview. Under the Act, all executive actions taken by the government must first receive the LG’s opinion. 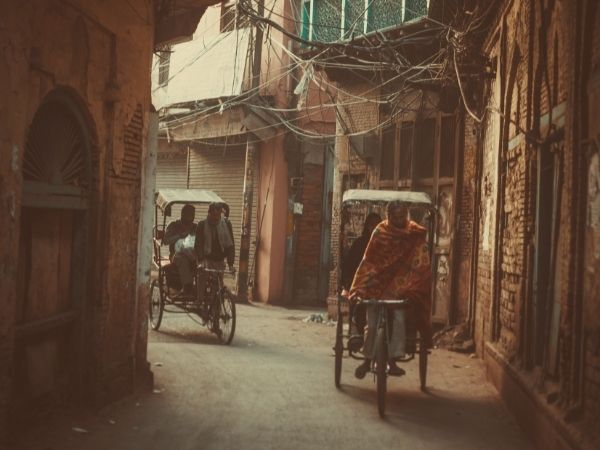 Delhi Government Challenges the Amendment at the Supreme Court 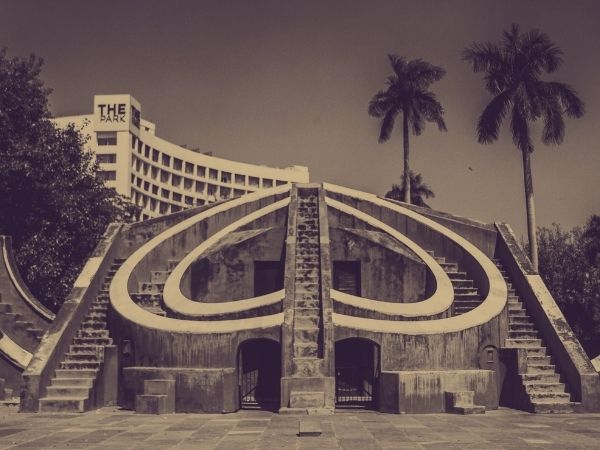 A Bench comprising Chief Justice N.V. Ramana, and Justices Surya Kant, and Hima Kohli is currently hearing arguments in the matter pertaining to the control of services in New Delhi. 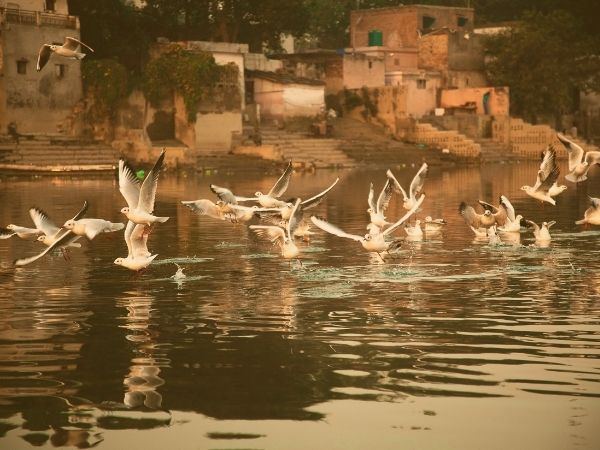