Home > Analysis > Sub-classification in Reservations for Madigas: The Larger Story

Sub-classification in Reservations for Madigas: The Larger Story

The issue of sub-classification in reservations has been pending before a 7-Judge Constitution Bench for nearly two years without a hearing.

On August 10th, 2022, the issue of sub-classification within Scheduled Caste (SC) reservations resurfaced at the Supreme Court. Senior Advocate Mukul Rohatgi appeared before a Bench comprising Chief Justice of India N.V. Ramana, and Justices Hima Kohli and Krishna Murari. Representing the ‘Madiga Reservation Porata Samithi’, Mr. Rohatgi stated that the Madiga community forms a large portion of the SC population in Andhra Pradesh, but does not receive a fair proportion of the reservations provided to SC communities.

CJI Ramana, however, was unwilling to pass any Interim Orders. To explain his hesitation, he pointed towards the pending 7-Judge Bench in State of Punjab v Davindar Singh. In this case, the Court will decide whether to allow further ‘sub-classifications’ within reservations. This would allow States to provide benefits to specific communities or castes over others based on their relative ‘backwardness’.

However, the Court has displayed hesitation in providing a definitive answer to the sub-classification issue. The wider lack of clarity from the SC on the purpose of reservations obscures the way forward for communities like the Madiga’s, who approach the Court seeking better representation.

The Madiga matter was heard for not more than two minutes on August 10th. While the outcome of the case remains to be seen, the issues surrounding it cast a long shadow, going back 18 years to when the Court considered the issue in E.V. Chinnaiah v State of Andhra Pradesh (2004).

Sub-Classification in Reservations: The History

In 2004, the 5-Judge Bench in E.V. Chinnaiah held that once a community is included in the Presidential List for Scheduled Castes under Article 341 of the Constitution, they become part of a single larger class of people, casting a wide net for the purposes of reservation. The Bench held that the State did not have the legislative power to create sub-classifications within this single class and that such an action would violate the Right to Equality.

In March 2022, SCO sat down with Dr. Anup Surendranath, an Assistant Professor at NLUD, to discuss the gaps in the Supreme Court’s reservation jurisprudence. Speaking about reservations for Economically Weaker Sections (EWS), Dr. Anup Surendranath pointed out the effect of casting a ‘wide net’ for beneficiaries in reservation policies. He said ‘…people at the higher end of that (economic) spectrum are going to corner the benefit. Because they have more access to opportunities. This plays out even in the context of OBCs, or in the context of, Scheduled Caste/Scheduled Tribe reservations’.

On August 27th, 2020, Justice Arun Mishra authored the unanimous Judgment for the 5-Judge bench. Curiously, the Court allowed the practice of sub-classification while referring the question of whether sub-classification was constitutional to a 7-Judge Bench. The Judgment inspired hope in the Madiga community at the time, as they too sought better representation within SC reservations.

However, there have been no substantive hearings since the case was referred to the 7-Judge Bench.

The Limited Influence of Lower Castes on National Politics

Dr. Satish Deshpande, a Sociology Professor at Delhi University, has studied the tension between reservations and merit for over two decades. Writing for The Hindu in August 2022, he argues that issues raised by individuals and politicians from lower castes face barriers that confine them to regional politics and rarely ever break through to the national stage.

Dr. Deshpande points to the ‘reservation-merit’ system, pushed forward by Congress under Prime Minister Jawaharlal Nehru, as the origin of the difficulties faced by lower castes. He says ‘Reservation was now positioned as the exception to the general principle of castelessness, and seen as a kind of unearned ‘benefit’ provided by the state to certain castes.’

This treatment of ‘lower caste politics’ can be seen as the original sin responsible for barring marginalised groups from airing their issues on a national platform, according to Dr. Deshpande. Further, while highlighting the lack of homogeneity within SC/ST/OBC groups, he states ‘This challenge is made more daunting by the increasing internal differentiation within all caste groupings, especially the Other Backward Castes.’

The SC has been unable to provide clarity on the purpose of reservations, despite being faced with questions about reservation in public employment and elections in multiple ongoing and recently decided cases.

The Shifting Relationship Between Reservations and ‘Merit’

During the conversation with Dr. Anup Surendranath regarding EWS reservations, he expressed concern that ‘There is no real conceptual or normative clarity coming from the Supreme Court on what we are doing with reservations, why are we providing reservations? Is it a distributive measure? Is it a measure to ensure a certain amount of presence?’

Justice Chandrachud’s Judgment upholding the Union’s OBC reservations scheme in PG-NEET admissions highlighted the pitfalls of admissions based solely on the ‘merit’ of applicants. He stated that this would fail to account for social, educational and economic privileges afforded to certain castes and classes.

According to Dr. Surendranath, Justice Chandrachud’s comments are not sufficiently nuanced to answer the lingering questions about the point of reservations. He says, ‘Is it a conversation in the right direction? It is for sure. Sort of to say that, reservations are not anti-merit. However, we need to have a far more comprehensive, contextual understanding of merit.’

Writing for the Indian Express in March 2021, Dr. Deshpande highlighted the need to shift the reservation debate away from considering reservations as ‘exceptions’ to merit. Instead, he argues reservations should be seen as a method to share resources and allocate jobs and seats to different communities in specific proportions.

Dr. Deshpande’s article was published on the same day the SC began hearing substantive arguments in the Maratha Reservations Case, where the Court was considering the validity of reservations provided by the State of Maharashtra to the Maratha community. Referring to Maratha, he wrote ‘Coming after the proliferation of demands for sub-quotas within existing quotas and agitations for the creation of new quotas, the Supreme Court’s most recent initiative only begins the process of accepting in principle what has anyway been true in practice.’

However, the Court proceeded to strike down the Maratha reservations as unconstitutional in May 2021. While we did not know it at the time, this would mark the last Constitution Bench case to be heard or decided by the SC to date.

CJI Ramana’s Impending Retirement: Where Does the Madiga Issue Go From Here?

During the hearing on August 10th, 2022, Mr. Rohatgi implored the Court for a ‘workable solution’ to the Madiga issue while the larger question of sub-classification was still pending. In an ironic twist, CJI Ramana asked Mr. Rohatgi why he didn’t approach the Court to expedite the 7-Judge Constitution Bench’s hearing of the matter instead.

This suggestion contrasts with the static reality of pending Constitution Bench cases during CJI Ramana’s tenure. There have been no hearings for any of the important issues presided over by Constitution Benches since he assumed office on April 24th, 2021. With eight working days left in his tenure as CJI, it is highly unlikely we will see a shift in this reality.

Mr. Rohatgi highlighted this absence of Constitution Benches. Responding to CJI Ramana’s suggestion, he stated that he did not know when the Bench would convene and meanwhile, the members of the Madiga community were suffering. The problem of finding a ‘workable solution’ for the Madiga community will likely be inherited by CJI Ramana’s successor, Justice U.U. Lalit. 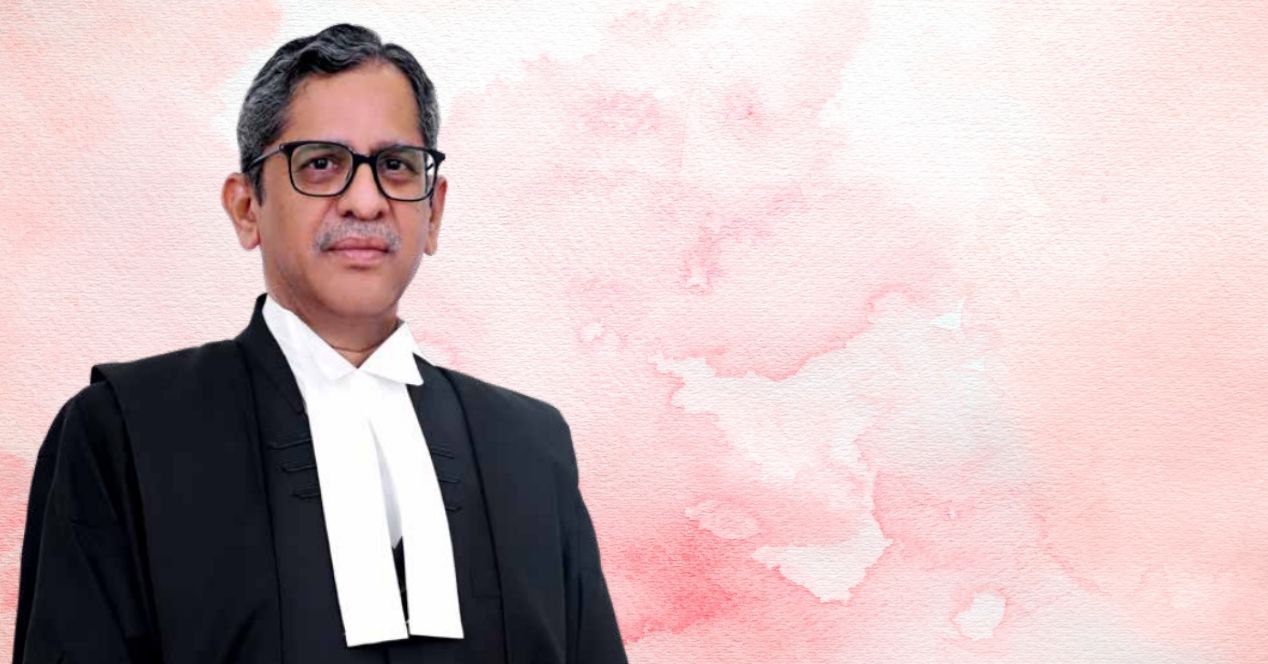 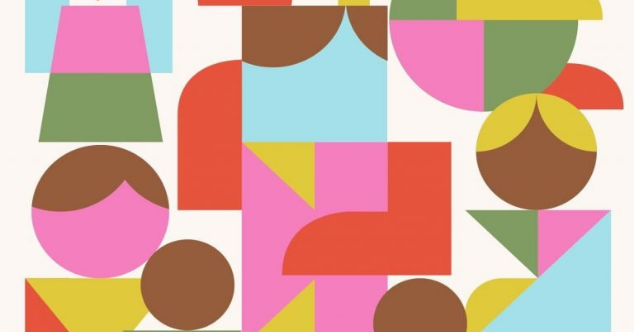 Reservation in Promotion: Court in Review

The jurisprudence around Article 16(4) governs reservations granted for promotions in public employment.