On July 29th, 2022 Justice Ajay Manikrao Khanwilkar will retire. At the tail-end of his tenure, he delivered a series of important judgments impacting Non-Governmental Organisations, money laundering accused, as well as the final chapter in Zakia Jafri’s meandering journey for justice following the Gulberg Society Massacre.

While he served as an SC Judge for over six years, Justice Khanwilkar was a mainstay at the Court even as an advocate—exclusively practicing at the SC from July 1984 onwards. On May 29th, 2000 he was elevated as a Judge of the Bombay High Court. He then served as the Chief Justice for both the Himachal Pradesh and Madhya Pradesh HC before being elevated to the Supreme Court on May 13th, 2016.

Justice Khanwilkar has left a lasting impression on a wide variety of issues through his Judgments at the SC.

Upholding Entry Taxes on Goods Moved Between and Within States

Early in his time at the SC, Justice Khanwilkar wrote the majority opinion in the only 9-Judge Bench he was part of in his tenure. In 2003, the Haryana legislature amended the Haryana Local Development Act, 2000 to include an entry tax for goods transported into the state and within the state between ‘local areas’. Jindal Stainless Steel Ltd., a large-scale manufacturer based in Haryana, challenged the Act. They argued that it violated their Right to Free Trade and Commerce.

On November 11th, 2016, with a 7:2 majority, the Court upheld the Act stating that the Right to Free Trade and Commerce did not bar taxation in Jindal Stainless Steel Ltd. v State of Haryana (2016). So long as the conditions of Article 304 of the Constitution of India, 1950 were met, goods could be taxed. The Court stated that the Act satisfied these conditions by ensuring that there was no discrimination between the taxes levied upon imported goods and those levied on goods manufactured and transported within the state.

On August 29th, 2018, five people including historian Romila Thapar filed a writ petition challenging the arrests of five human rights activists under the UAPA. These activists were accused of causing the Bhima Koregaon violence at Elgar Parishad and for having links with the Communist Party of India (Maoist)—a banned organisation. The petitioners argued that the arrests were arbitrary and were made without sufficient evidence. They requested the Court to grant bail to the accused and constitute a Special Investigation Team (SIT) to investigate the case.

On September 28th, 2018, In a 2:1 split, Justice Khanwilkar authored the majority opinion in Romila Thapar v Union of India. The Court allowed the Pune police to continue their investigation, stating that the petitioners were mere ‘friends’ of the accused and were not entitled to demand an investigation process of their own.

Bail under the UAPA and the PMLA

Justice Khanwilkar leaves behind a legacy of upholding onerous bail conditions in special criminal legislations through his decisions.

In National Investigation Agency v Zahoor Ahmad Shah Watali (2019), businessman Zahoor Watali was accused of transferring funds to terrorists and leaders of the Hurriyat Conference to further the cause of Kashmiri secession. He was charged with multiple offences under the Indian Penal Code, 1860, and the Unlawful Activities (Prevention) Act, 1967 (UAPA). The Delhi HC granted bail to Mr. Watali in September 2018. The National Investigation Agency subsequently challenged this Order at the SC.

Justice Khanwilkar wrote the opinion for the 2-Judge Bench comprising himself and Justice Ajay Rastogi. At the stage of bail, they held that it was unnecessary to ‘weigh’ the material and the evidence presented. The court must restrict themselves to considering the ‘broad probability’ of the accused committing the offence based on a prima facie (face value) examination of the material. The Bench finally decided that the Delhi HC had erred in granting bail to Mr. Watali and reversed their decision.

This Judgment has been heavily criticised, including by former SC Judge V. Gopal Gowda, for making it extremely difficult for those accused under the UAPA to get bail.

Justice Khanwilkar’s restrictive approach to bail found its way into his final Judgment at the Supreme Court as well. In Vijay Madanlal Choudhary v Union of India (2022), nearly 100 petitioners, including notable Opposition leaders accused of money laundering, challenged the restrictive conditions for bail along with the wide investigatory powers granted to the Enforcement Directorate under the Prevention of Money Laundering Act, 2002 (PMLA).

Under Section 45 of the PMLA, the well-worn criminal law principle of the ‘presumption of innocence’ is done away with. The accused must prove that they are prima facie not guilty before bail is granted to them. In Nikesh Tarachand Shah v Union of India (2017), the SC held that this provision was unconstitutional. The Union amended the provision in 2018 but retained this reversed burden on the accused. Justice Khanwilkar authored the Judgment for the 3-Judge Bench and upheld all the challenged provisions of the PMLA.

Zakia Jafri, wife of Congress MP Ehsan Jafri who was killed during the Gulberg Society Massacre on February 28th, 2002, claimed that there was a larger conspiracy behind the 2002 Gujarat Riots. Her case was pending at the SC since September 2018. In October 2021, it was suddenly listed for hearing before a Bench led by Justice Khanwilkar, less than a year before his retirement.

She filed a Protest Petition against the investigation conducted by the SC-appointed Special Investigation Team (SIT). She alleged that the SIT had ignored crucial evidence of a larger conspiracy, and that they conducted a biased investigation before granting a clean chit to the 63 people she had accused in her complaint. She further alleged that the Magistrate who initially heard her petition had treated her case as identical to the Gulberg Society case and did not look into her allegations of a larger conspiracy. Mrs. Jafri challenged the Magistrate’s decisions and the SIT’s findings at the SC in 2018.

A 3-Judge Bench led by Justice Khanwilkar heard the case of Zakia Jafri v State of Gujarat (2022) extensively between October 26th, 2021, and December 9th, 2021. Curiously, the Judgment does not mention who authored it. The Court held that the SIT conducted an unbiased and thorough investigation into Mrs. Jafri’s claims. They further held that Mrs. Jafri’s claims of a larger conspiracy could not be corroborated, stating that the evidence presented was either insufficient, unreliable, or irrelevant.

NGOs Do Not Have the Fundamental Right to Receive Foreign Funds

On September 28th, 2020, Parliament enacted the Foreign Contributions (Regulation) Amendment Act, 2020 (the Amendment) and greatly restricted the manner in which foreign contributions could be received and utilised. These restrictions had a drastic effect on the functioning of Non-Government Organisations, both large and small. The Amendment placed a ban on subgranting any funds received through foreign donations and placed a cap on the amount of foreign funding that could be used for administrative expenses.

Noel Harper, the Chairman of the Care & Share Charitable Trust, and the Jeevan Jyothi Charitable Trust challenged the Amendment. They argued that the ban on subgranting foreign funds and the restrictions on the amount of funds that could be used for administrative purposes have a disproportionate impact on NGOs and violate the Right to Association.

Justice Khanwilkar authored the unanimous decision in Noel Harper v Union of India (2022). The 3-Judge Bench upheld the Amendment and agreed with the Union government’s argument that foreign funding must be strictly regulated to ensure no foreign influence in Indian society. They held that NGOs do not have a fundamental right to receive foreign funds and must comply with the regulatory requirements of the Amendment.

Notably, international organisations like the United Nations High Commissioner for Human Rights have said that foreign donations are an integral part of the Right to Association, held under Article 19(1)(c) of the Constitution of India, 1950.

Justice Khanwilkar’s final flurry of decisions, spearheaded by his FCRA Judgment, serve as a closing act to an undeniably impactful career in the Supreme Court.

Desk Brief: J Khanwilkar's closing act at the SC will be the Judgment on the powers of the Enforcement Directorate (ED) under the PMLA. 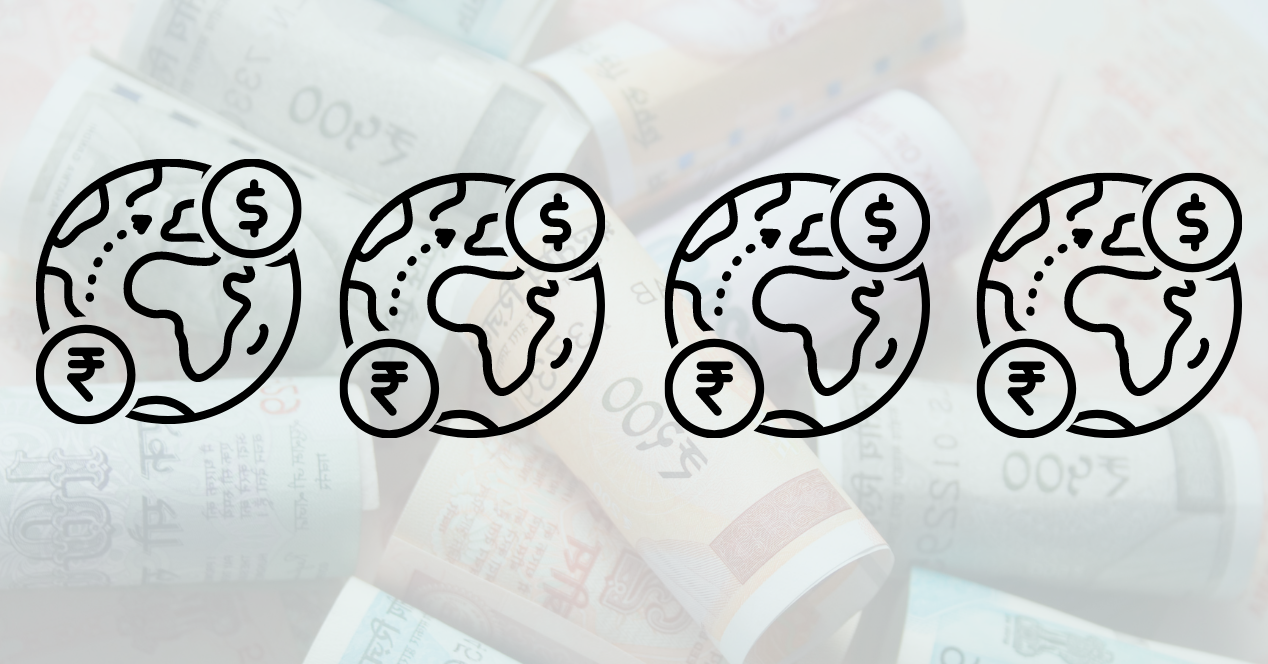 Which NGOs does the SC's April 2022 FCRA Judgment affect and how?